Gamwasi Senarath Fernando (1904-1990) is considered one of Sri Lanka’s finest artists and poster designers. Born in the seaside village of Suddhagoda, Bentara, he showed an interest in art at a young age. However, his father wanted him to become an Ayurvedic physician and sent him to Colombo at the age of 14 to apprentice in that profession.

In Colombo he developed a friendship with Richard Henricus, an artist and set designer. Impressed by the young boy’s prodigious talent, Henricus persuaded Ceylon’s foremost mural painter M. Sarlis to take the young boy under his wing. Fernando later studied under A. C. G. S. Amarasekara and became known for his exquisite watercolors of rural country life. In 1934 he joined the Time of Ceylon newspaper group as a commercial artist and soon became the head of the art department where he worked with artists Reggie Candappa, Donald Ramanayake and Selliah Doraisamy. Today G. S. Fernando is considered one of the finest watercolorists Sri Lanka has ever produced. 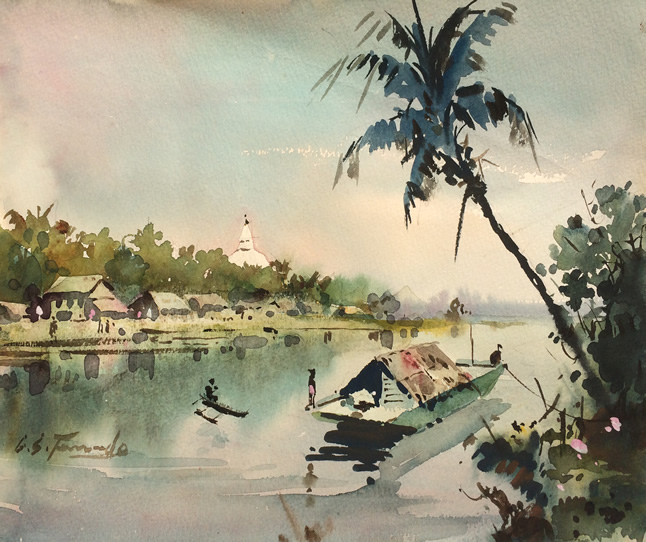 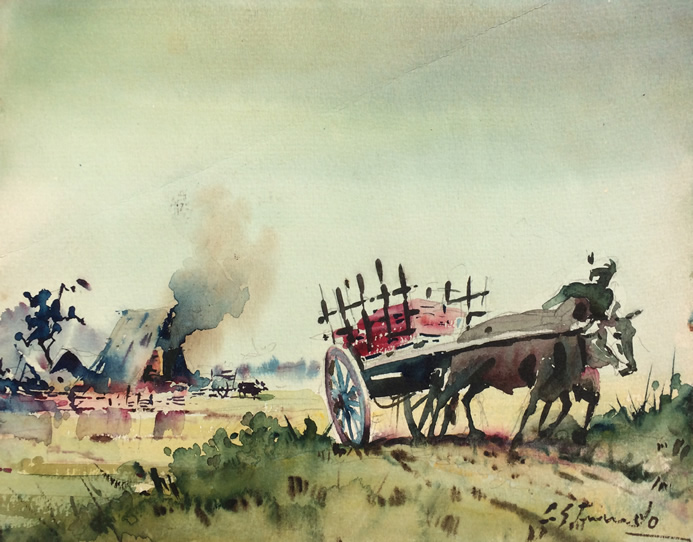 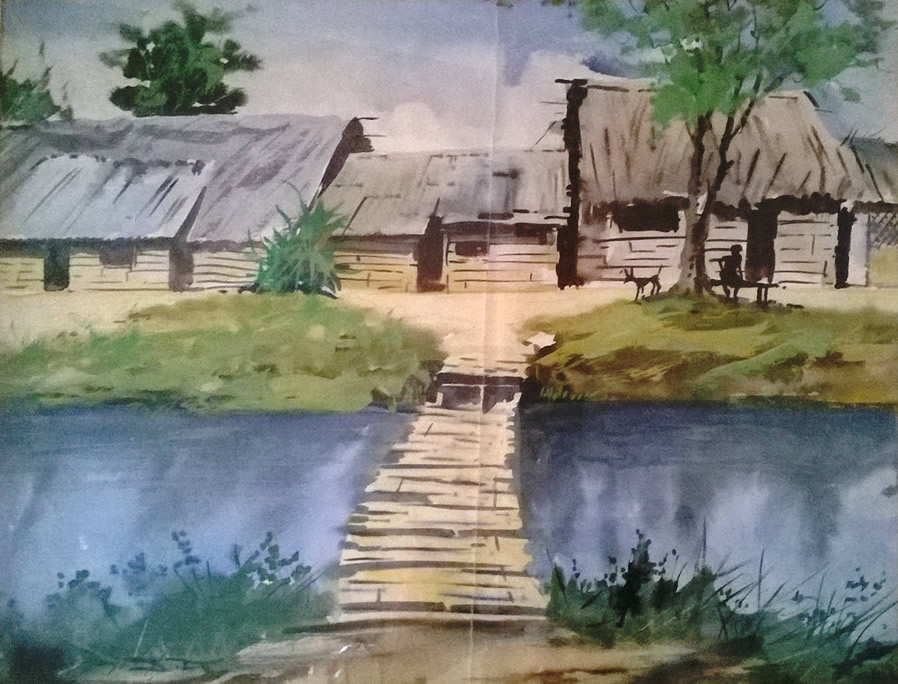 Shanties by the Canal 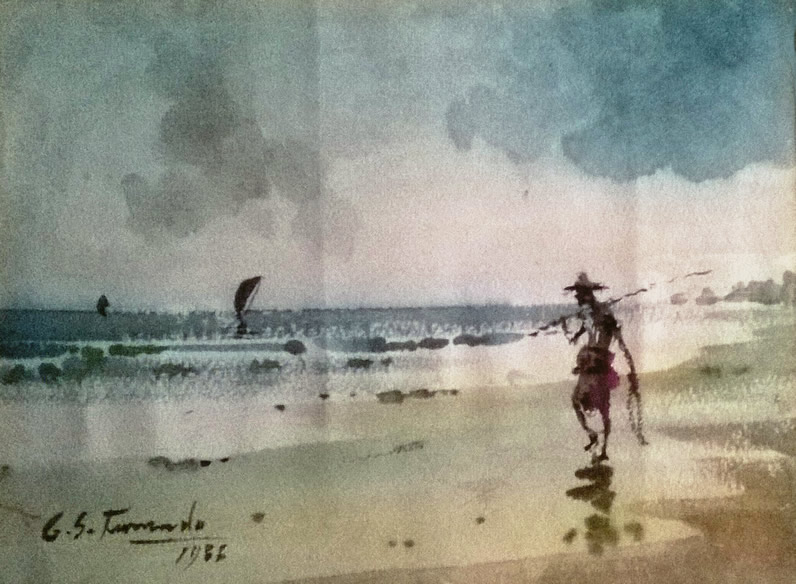 Fisherman on the Beach 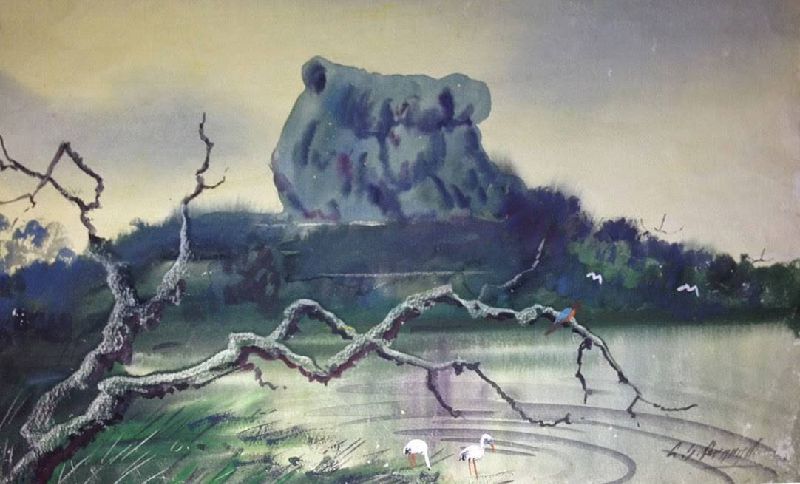