Jan Willem Sluiter (1873-1949) was a Dutch artist, draftsman, and graphic designer. The son of a notary, he grew up in Heerenveen and studied at the Rotterdam Academy of Fine Arts and The Hague Academy of Visual Arts. A versatile artist who studied all the major art movements of his time, Sluiter had both the talent for creating serious paintings as well as illustrative and fashionable posters and cartoons. He soon became a well known painter, political cartoonist, and poster designer who lived and worked in many parts of the Netherlands. Sluiter was a much sought after portrait artist but his passion was painting the sea and the daily life of fishermen. His striking sketches and drawings were often laced with a sense of humor. Sluiter visited Ceylon in 1923. 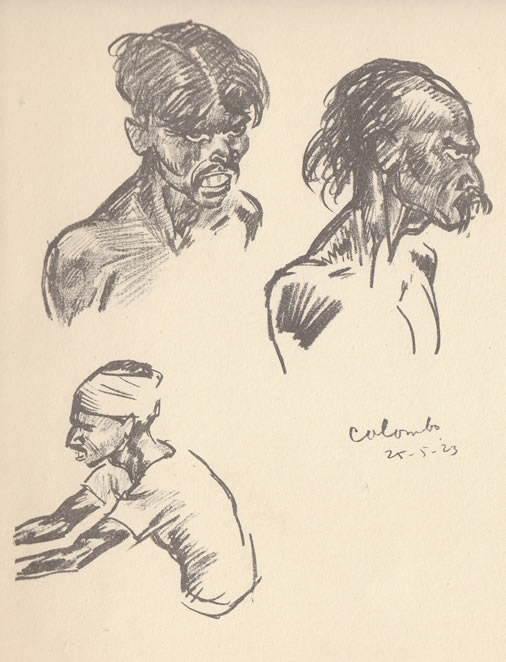 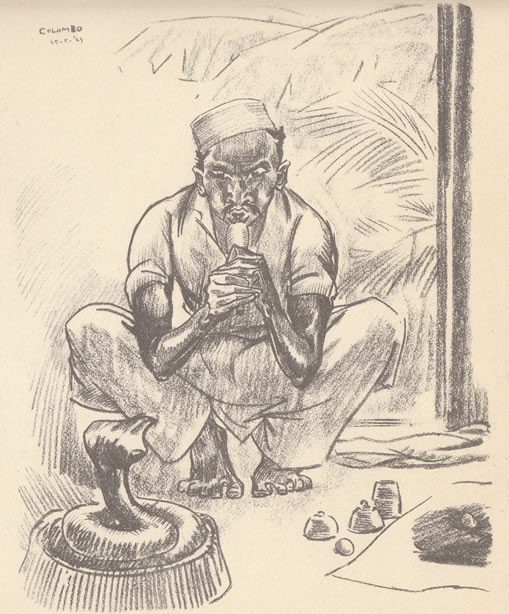