Pietro Psaier (1936-2004) was born near Rome, the son of a racing car designer, and died tragically and without a trace in Sri Lanka, swept away to sea by the Boxing Day Tsunami of 2004. He was a close collaborator, some say even a lover, of pop art icon Andy Warhol and was responsible for a large number of works of art in the Warhol style. Showbiz stars such as Michael Caine and Keith Moon commissioned paintings by him. Psaier’s life was eventually consumed by alcohol, drugs, and debt and he chose to escape his creditors by fleeing to Tibet, Nepal, and India. Eventually, he ended up in Sri Lanka and, at the time of his death, was employed by a local church, presumably to paint a mural.

Or so the story goes.

The strange thing is, no one has been able to prove Psaier ever existed. Despite intense efforts, no one has produced a birth certificate for him, so ‘1936’ is a guess at best. There are photographs of ‘Psaier’ and Warhol together in New York City but the individual in these images has never been identified. Warhol himself makes no mention of him; neither do Warhol’s known associates. The church in Sri Lanka that purportedly employed him had never heard of him. There is no immigration record either. The dating of photographs of Psaier is also problematic; in ones supposedly taken decades apart he appears much the same. The most fervent promoters of Psaier’s existence are art dealers who obviously have a lot to gain from authenticating an associate of Warhol, an artist who today commands astronomical prices.

So is the Pietro Psaier phenomenon a gigantic fraud designed to make punters part with their funds to own the work of a man so close to artistic immortality? Frankly, the details are so convoluted and opaque that, however damning the evidence against his existence, tantalizing hints can be gleaned from a variety of sources (including a son he is supposed to have sired and from his supposed psychiatrist in Madrid) that Psaier did indeed live and was associated with Andy Warhol and his studio, ‘The Factory’. Perhaps an extreme reclusiveness led him to take refuge from any kind of publicity? And why go to the lengths of this elaborate hoax that spanned more than four decades? Regardless of the veracity of the claim, it is possible to judge ‘Pietro Psaier’ by his art and he, whoever he was, is an impressive craftsman indeed. 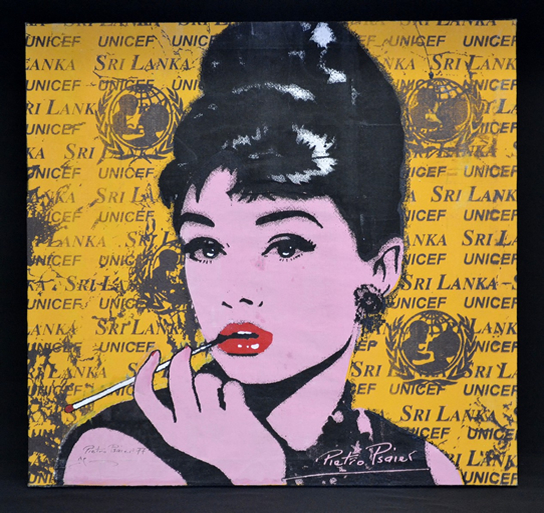