John Varley the Younger (1850-1933) was a British visual artist. He was the grandson of another well-known artist, also named John Varley (1778-1842) and both grandfather and grandson were fascinated by astrology and the occult. Like many artists from the Victorian era, Varley sought to capture picturesque scenes of towns that were not touched by modernization and European-style urban development. He travelled extensively in North Africa and the Far East, exhibiting his paintings regularly at the Royal Academy in London as well as other venues. In 1874 he sailed to Egypt in a yacht he constructed himself and stayed there for many years, learning to speak Arabic and producing numerous images from his sojourn, particularly of Cairo. Thereafter he travelled all over Asia and visited Ceylon around 1891 where he produced a number of paintings. 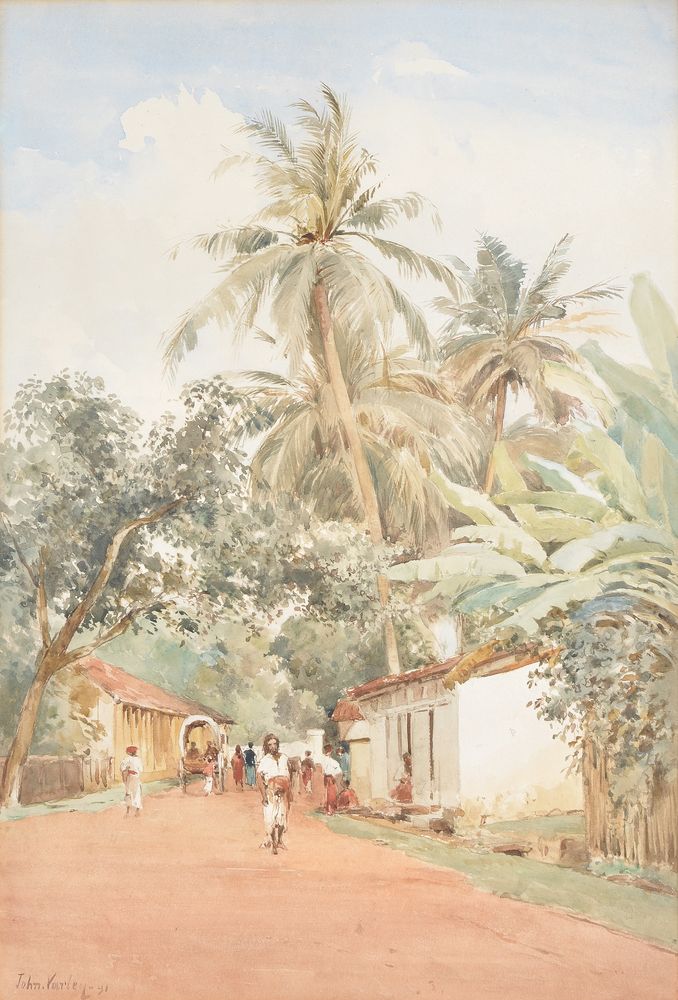 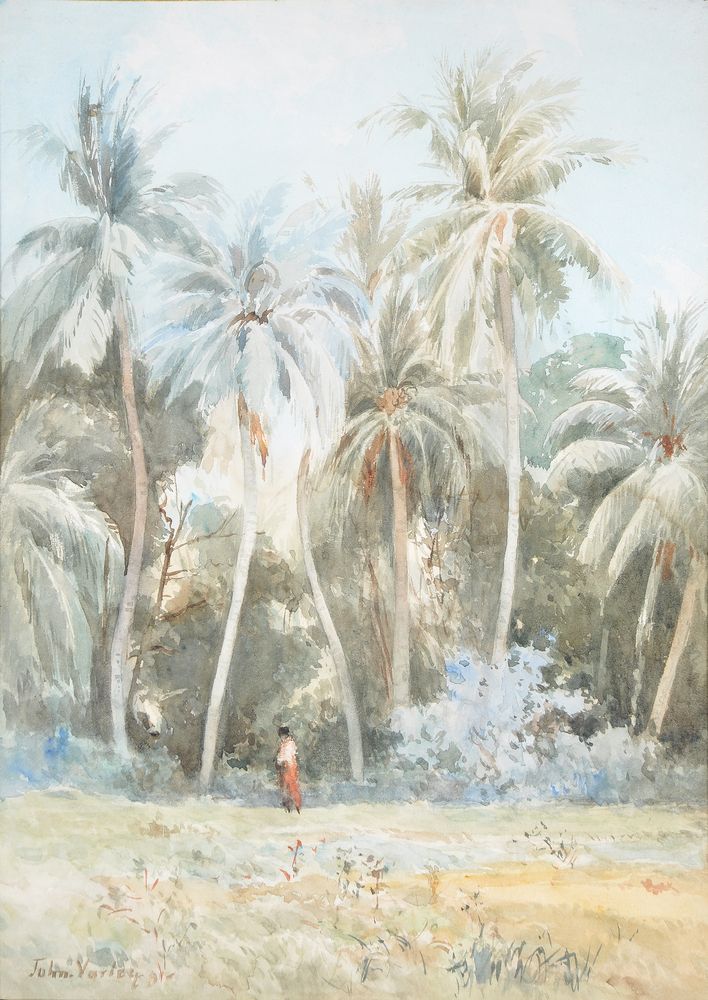 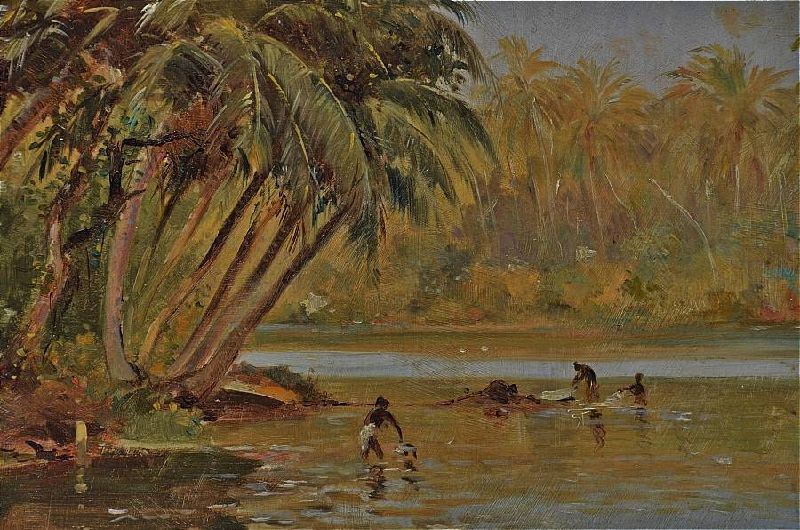