Alexander Dimitrievich Sofronoff (1901-1948) was a Russian painter. He trained as an artist in Yekaterinburg and was skilled in creating set designs for the theater. When the Russian Revolution broke out, Sofronoff, as an anti-Bolshevik ‘White’ Russian sympathizer, had to flee the country. In 1922, Sofronoff travelled on the Trans-Siberian railway to Manchuria where he found safe haven in Harbin and made a living as a set designer. In 1931, when the Imperial Japanese Army invaded Harbin, Sofronoff fled to Shanghai. In 1936, at the onset of the Second Sino-Japanese war, Sofronoff sailed to Ceylon as a theatrical scene painter with the Shanghai Russian Ballet Company.

Sofronoff found life in Ceylon to his liking and found employment at the Galle Face Hotel in Colombo as the resident decorative artiste. He soon became popular amongst the British community who commissioned him to do portraits of their families. However, his strength lay in landscapes and he painted scenes from all over the island and held eight exhibitions of his work. Night scenes, difficult to capture, were one Sofronoff’s specialties. He also taught painting and one of his students was the well-known Ceylonese landscape artist Donald Ramanayake. Indeed, it is said that Sofronoff’s teaching influences Sri Lankan painting to the present day. Sofronoff lived in Ceylon until his death from a heart attack in 1948. 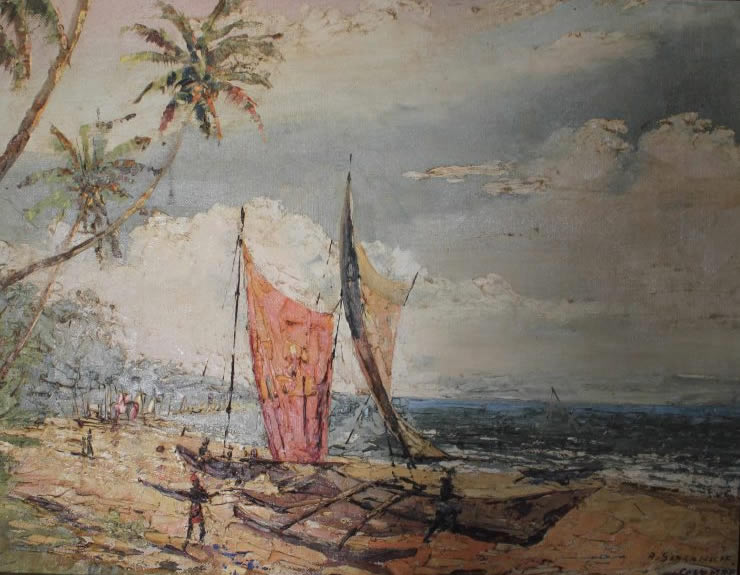 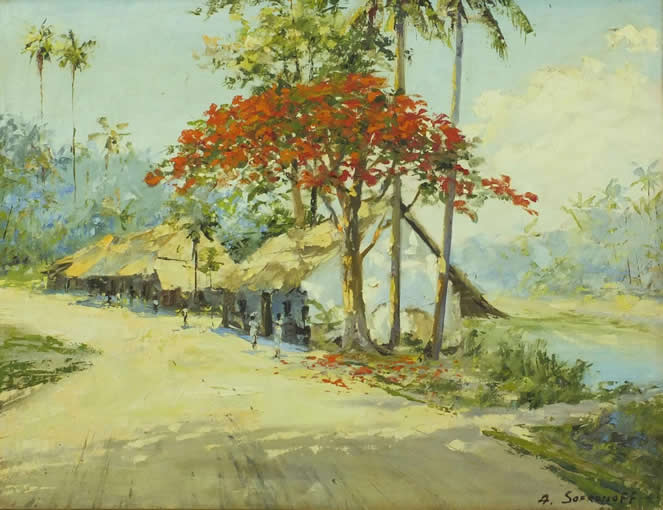 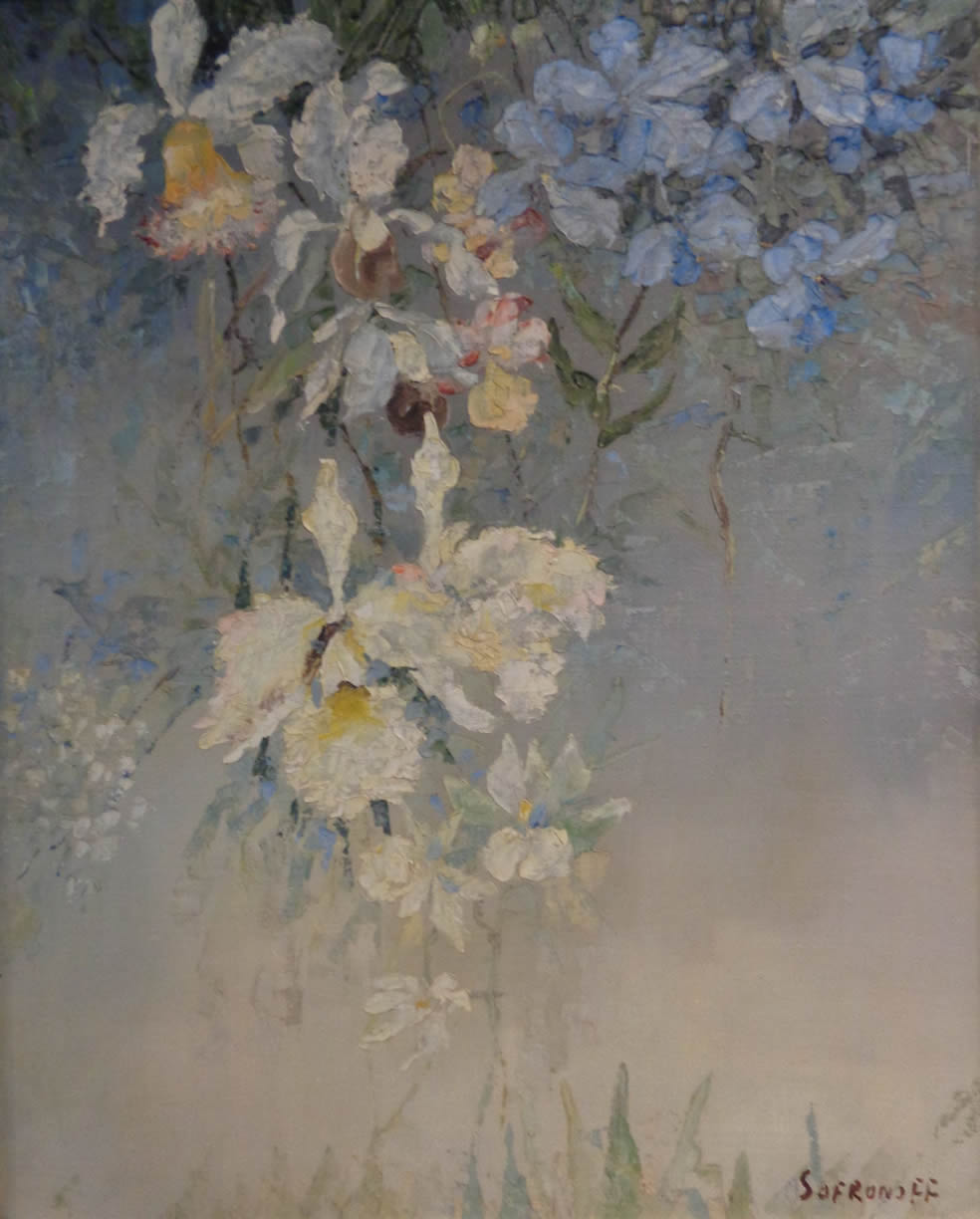 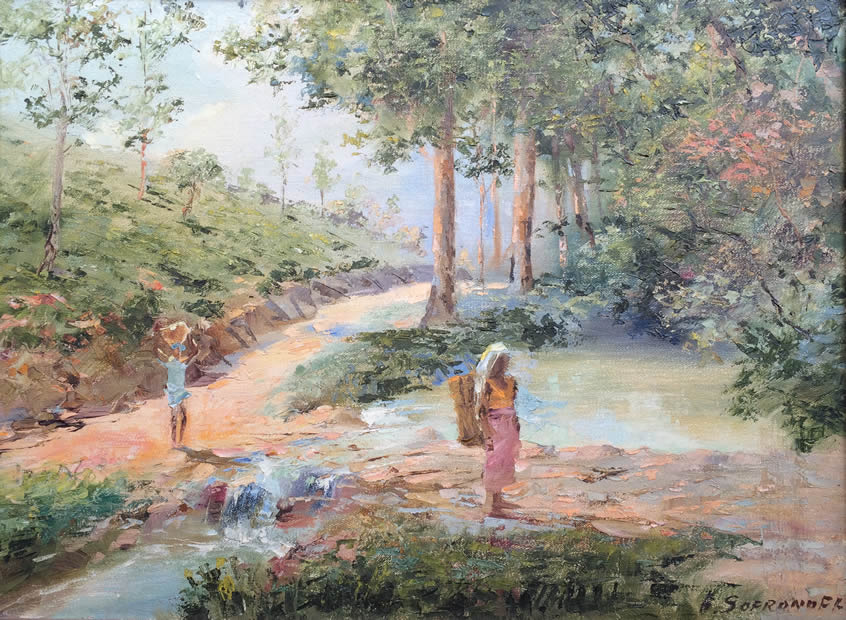 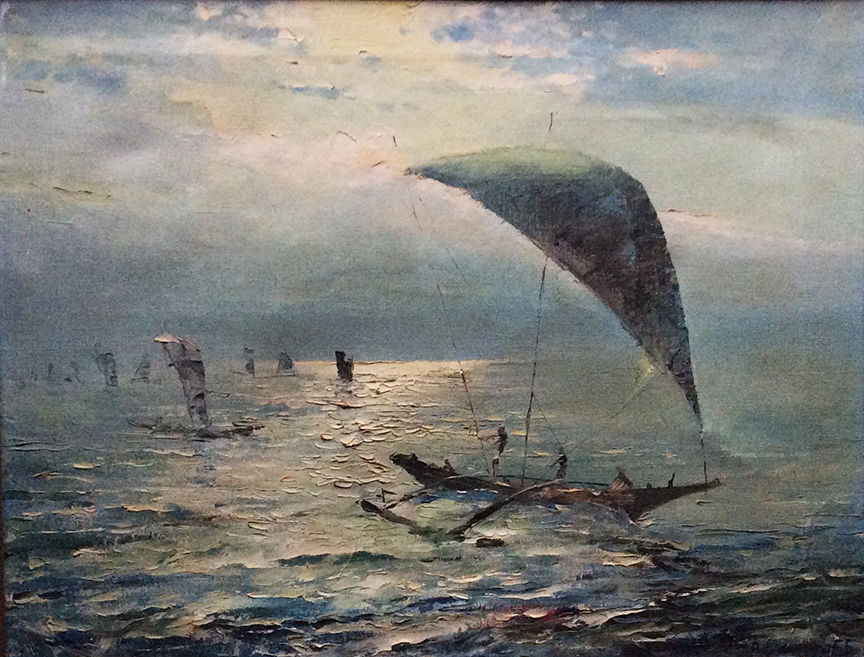 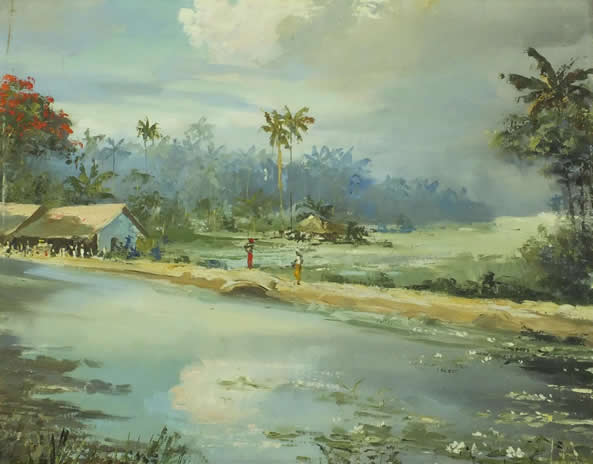 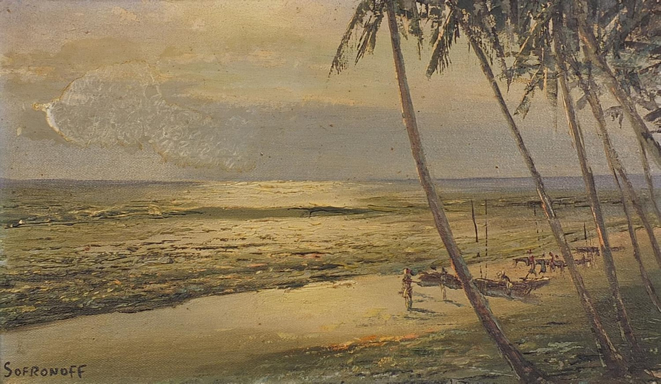 Moored Boats along the Coast 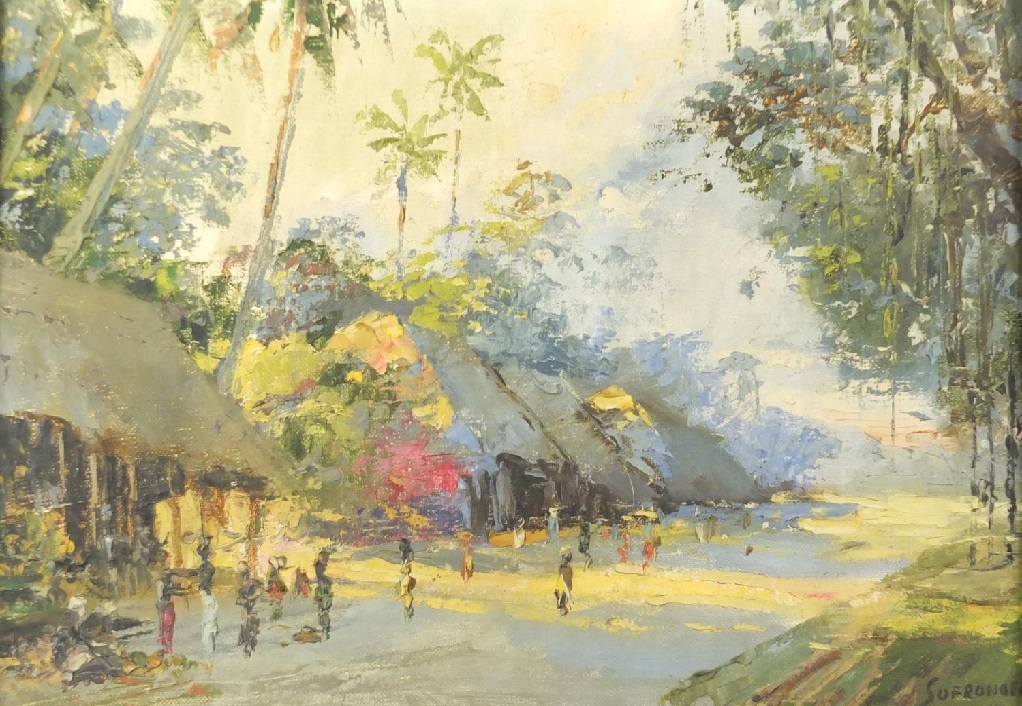 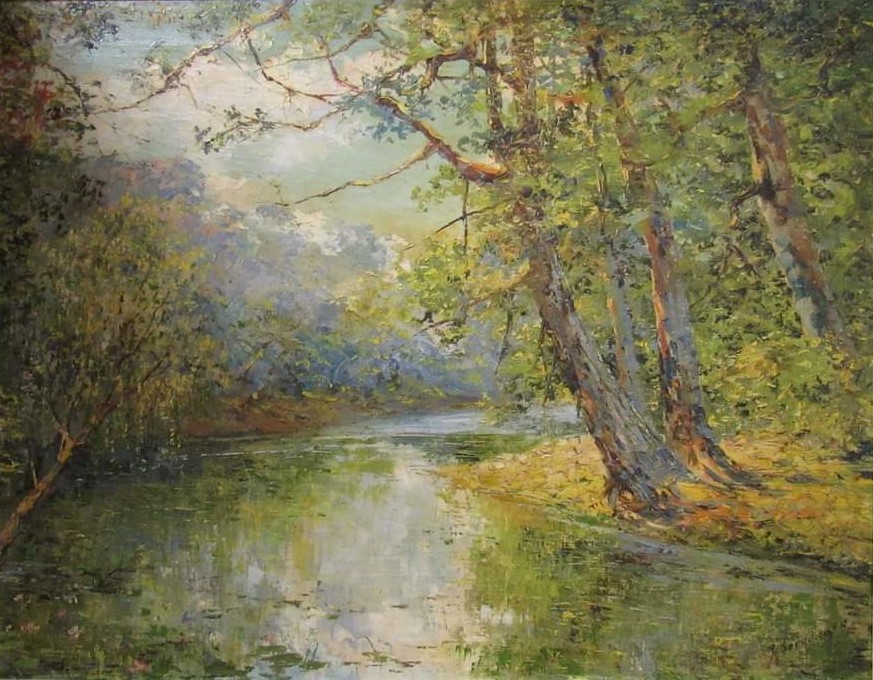