Eliza Heberden Baker (1821-1896) was the wife of John Garland Baker, the brother of British explorer, writer and big game hunter Sir Samuel Baker. The daughter of the rector of Maisemore, Gloucestershire, Baker and her sister Henrietta married the Baker brothers in a double wedding ceremony in 1843. Soon thereafter, the four moved to Mauritius and managed the family's plantation. In 1846, they moved to Ceylon where they founded a plantation in Mahagastota, Nuwara Eliya. Baker was active in social work and founded the Baker Ward of the Nuwara Eliya hospital. She was also instrumental in raising funds to build the Holy Trinity Church in Nuwara Eliya where a stained glass window was installed in her memory. A gifted amateur artist, Baker painted landscapes and still lifes of her surroundings in Nuwara Eliya. The handwritten note in the back of the painting states,

"This picture was painted by my aunt Eliza, Mrs. John Baker at the age of 70 as a parting gift to Rouse and myself before we left Mahagastotte Nuwara Eliya, Ceylon after a happy visit of 9 weeks with her in May and June 1890. The flowers were expressly chosen as being those which grew outside our bedroom window." F. H. Orlebar 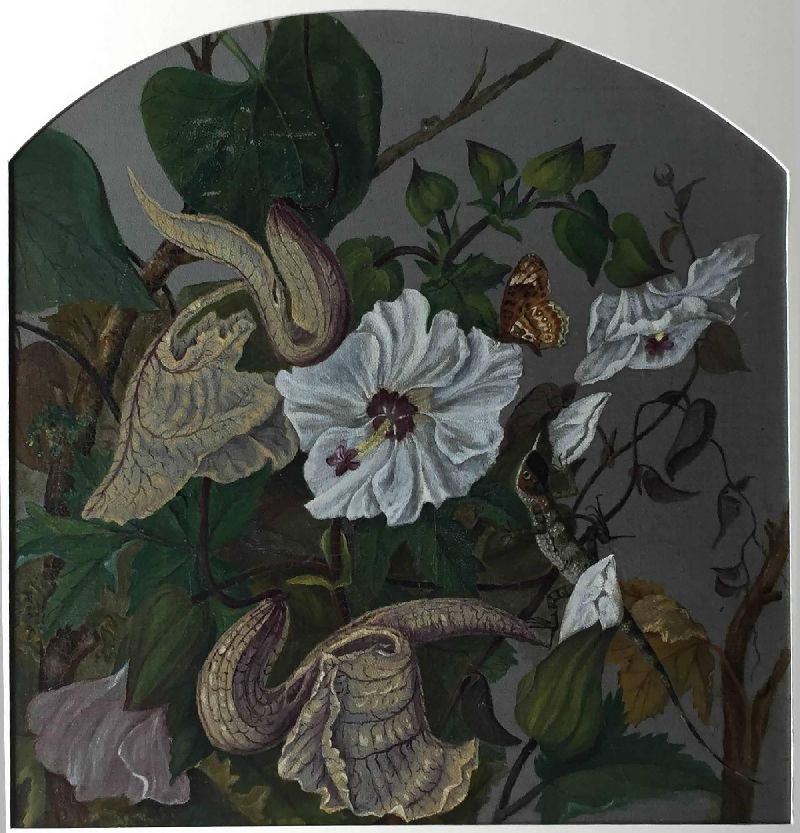 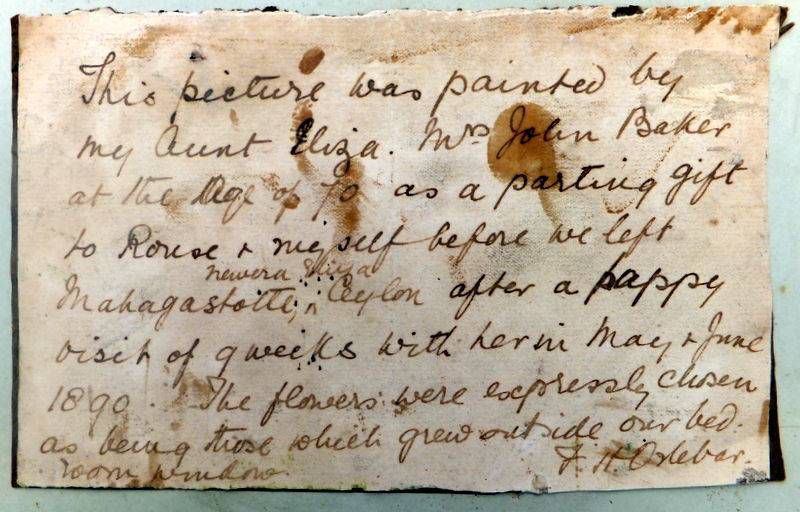