George Claessen (1909-1999) was a Sri Lankan painter and poet who was a founder member of the ‘43 Group. A member of the Dutch Burgher community, Claessen began to draw and paint at the age of 29, after he joined the Colombo Port Commission as a draughtsman. His primary and early skills were founded on the basic strengths of drawing, but he soon exhibited his versatility as a painter in many media. A founder artist member of the ‘43 Group, he exhibited in the pioneer show in November 1943. Claessen held his first solo exhibition in 1948 at the Velasquez Gallery, in Melbourne. He migrated to England in 1949 and worked as a draughtsman until his retirement. He first began to experiment with pure abstraction in Australia and developed this form of expression throughout his career. Claessen continued exhibiting internationally and held shows in Colombo, London, Paris, Venice and Sao Paolo. Claessen also published several books of poetry during his career. 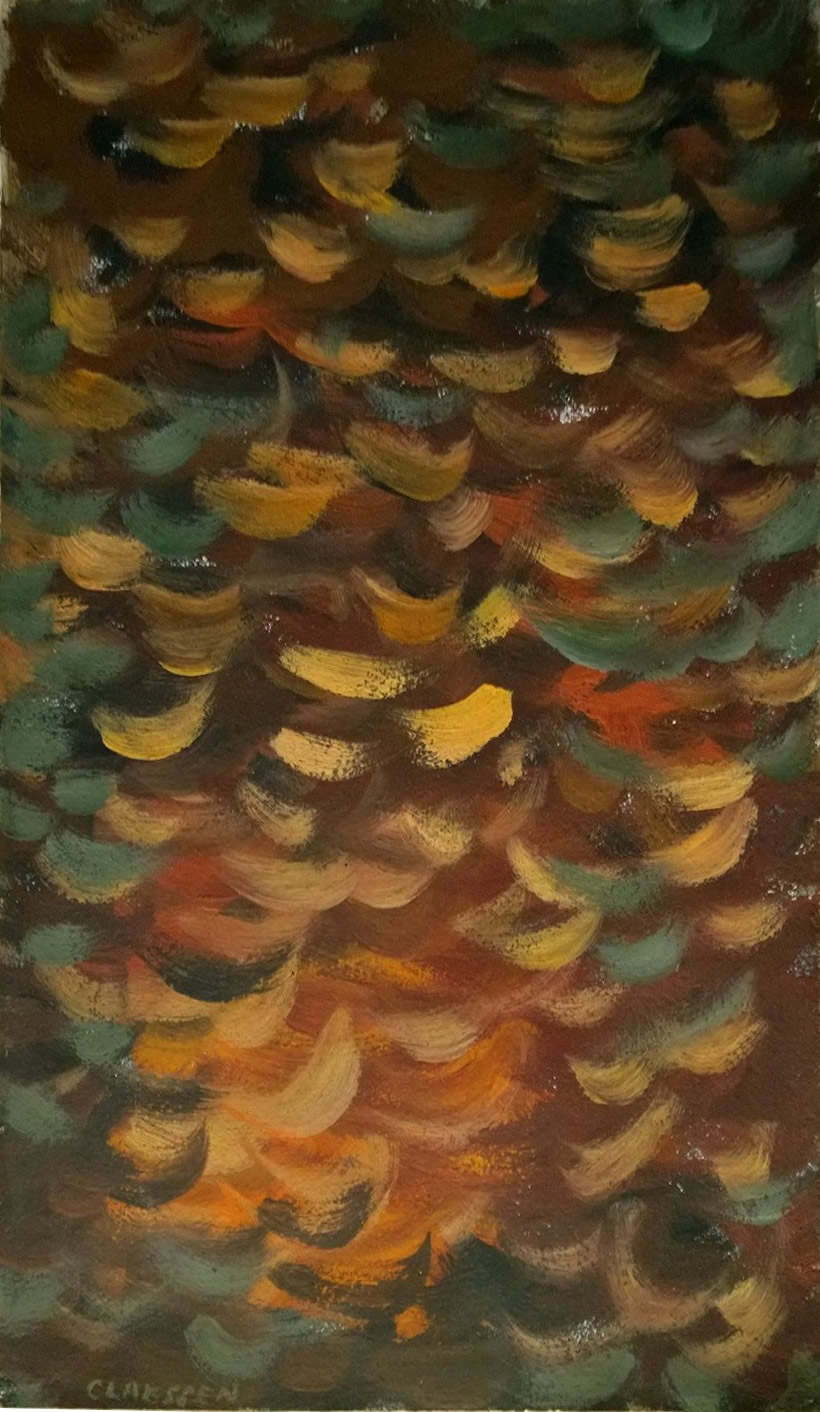 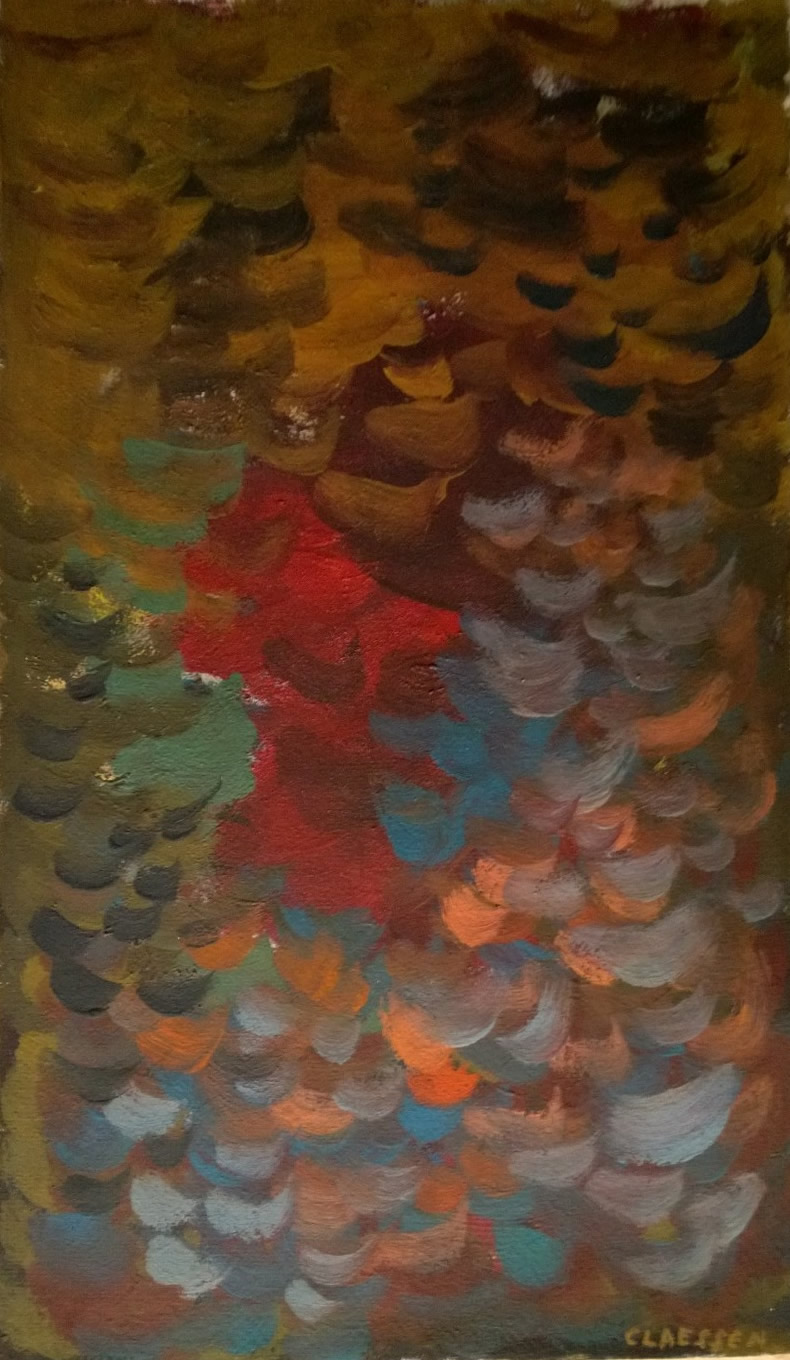 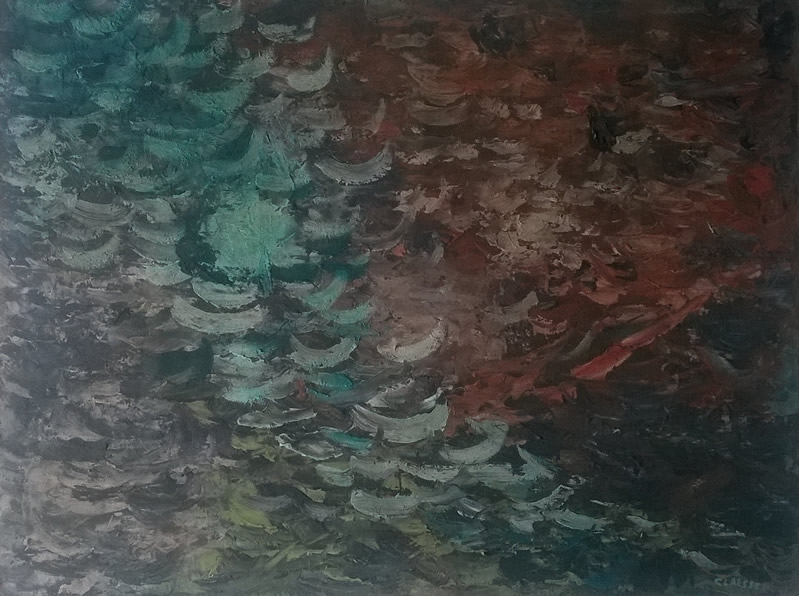 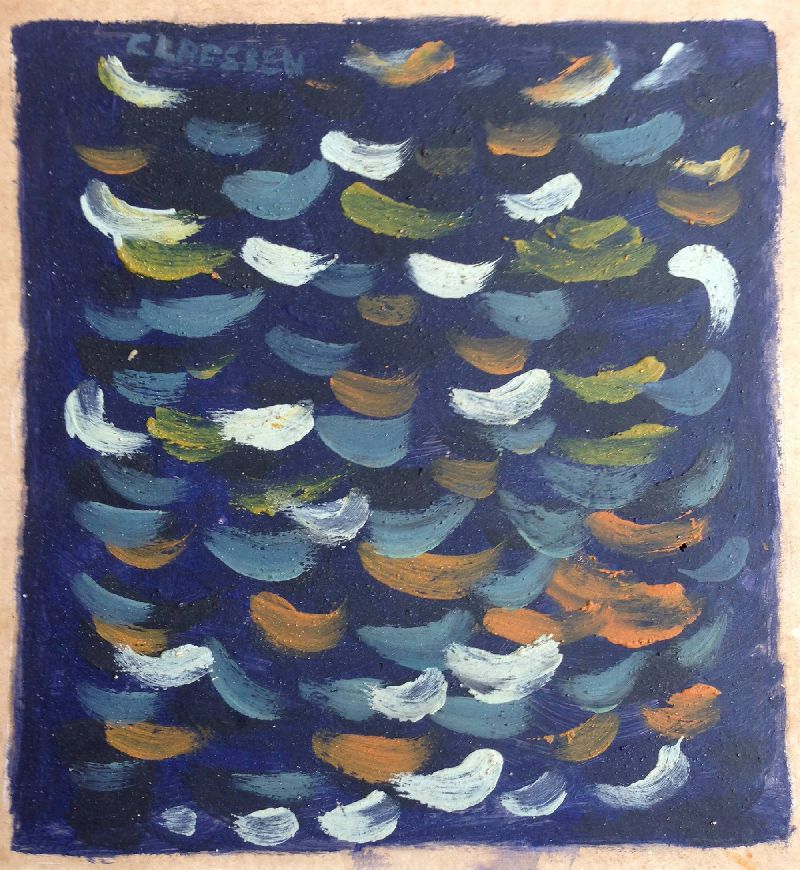 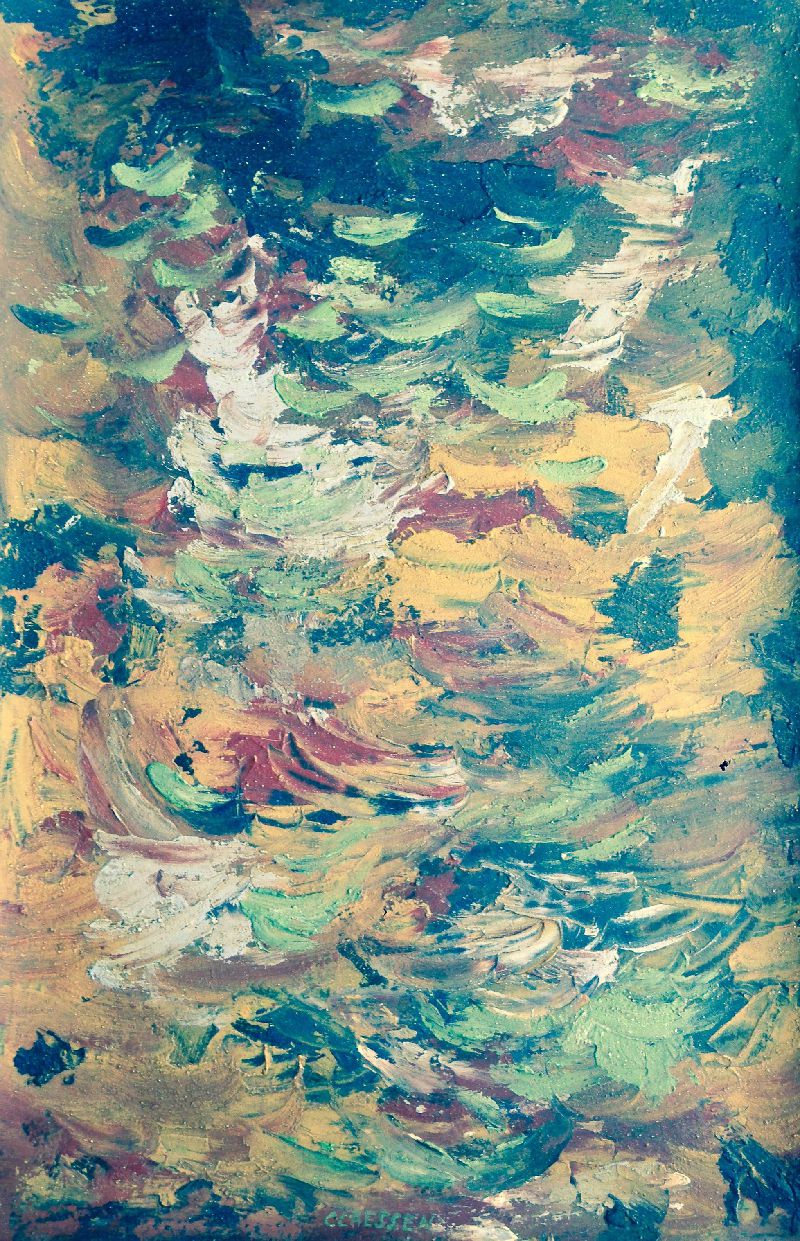