James Ashton (1859-1935) was an English/Australian artist. Born in the Isle of Man, Ashton grew up in the city of York where he apprenticed as a pharmacist before gaining a scholarship to the Royal College of Art in London. At age 17 he returned to York, taught art and worked as a gilder and carver. Ashton emigrated to Adelaide in 1884 and found a job teaching art at Prince Alfred College. He established the Norwood Art School in 1886 where he taught sketching and painting. In 1895 he returned to England where he studied under the Royal Artist, Henry Moore. He gained his diploma and was elected a member of the Royal Society of Arts. After returning to Adelaide, he founded the Academy of Arts and was an influential teacher there for over 30 years.

Noted for his seascapes, James Ashton was enamored with Ceylon and visited the island nine times between 1910 and 1927. When asked about the 40 paintings he did during a two-month visit to Ceylon in 1910, Ashton said, “I simply could not help myself. The light and colors were so beautiful, and the appeal of the tropic Orient so strong, that when the call came I had to paint.” 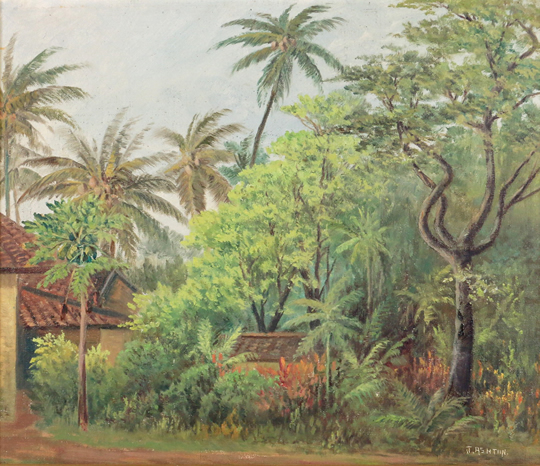 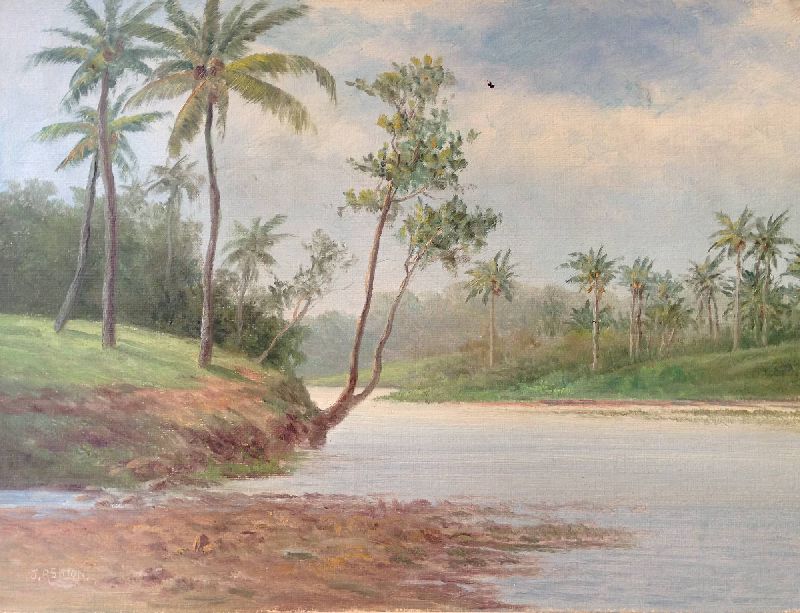 Sailing Boats on a Calm Ocean